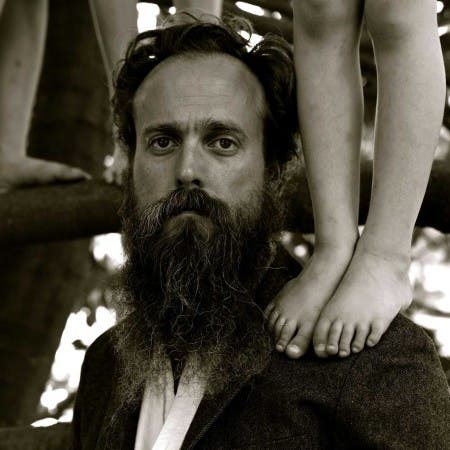 Samuel Beam your artistic nickname Iron & Wine chosen by some kind of bizarre food supplements which hit the mall during the shooting of the film. Ten (next to the Fine Arts), moreover, studied and for a time he also taught. Several years he composed songs for himself than his friend borrowed four-track recorder and was the first demo. One of them fell into the hands of his brother singer of Band of Horses, one song ended up on a compilation of Yeti magazine, and later heard about Beam and co-owner of record label Sub Pop Jason Poneman. He offered him a contract and was about to turn right to issue two demos that came from Beam, however, the two CDs in cutting the regular debut album Iron & Wine named The Creek Drank the Cradle in 2002. – Translated by Automatic service