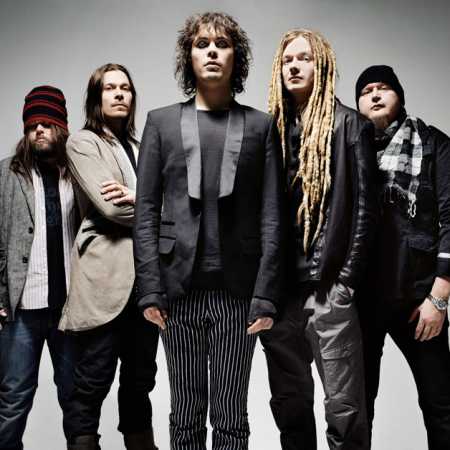 HIM  Join Me In Death

HIM (formerly also His Infernal Majesty) is a Finnish lovemetalová band, which consists of five members, which is dominated by frontman Ville Valo. The biggest band to fame came with the single “Join Me In Death”, which was also mentioned in the film Roland Emmerich’s “The 13th Floor”. Fine piano sound slightly memorable melodies, all made ​​from the European hit songs, which in 1999 appeared in all the charts. In early January 2000, the song reached the top spot in the German charts and hearts HIM gradually gained more and more fans. – Translated by Automatic service