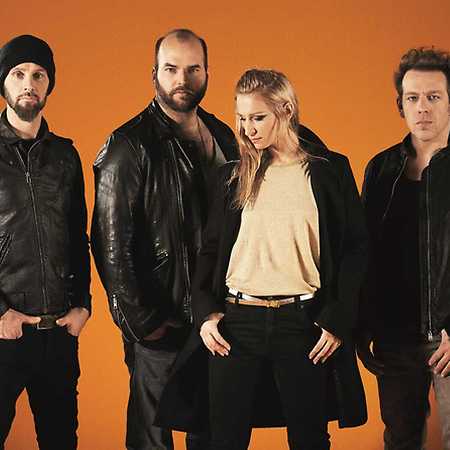 Guano Apes is a German musical group playing alternative rock/metal. Their energetic mix of grunge and heavy metal makes them one of the most successful German groups.

Guano Apes (“Guánové monkey”) was founded in 1990 in Göttingen. The founding members are guitarist Henning Rümenapp, bassist Stefan Ude and drummer Dennis Poschwatta. Singer Sandra Nasić joined the group in 1994. The band’s career took off in 1996, when she won a competition in Germany with the song “Open Your Eyes”. This song for a long time became the most successful single released in 1997, followed by the album Proud Like a God. In the years 2000 and 2003, the album was released, which came on the first place rankings – Don’t Give Me Names and Walking on a Thin Line.

The group disbanded in 2004 after the release of a best-of album, Planet of the Apes, and after the last tour. Then came together again in 2009.

At the end of October 2006, announced the men’s part of the group that she found a replacement for singer Sandra Nasić – originally a soul singer Charles Simmons, and proclaim the formation of a new band named iO [ai/əu]. – Translated by Automatic service

LSD and the Search for God