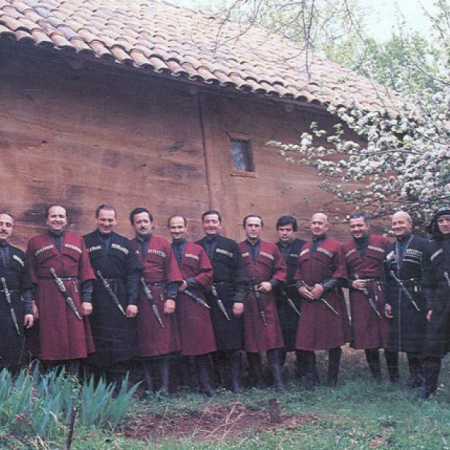 The second generation of Georgian musical groups Georgian Voices (Georgian voices) was formed in 1996 as a University within the Tbilisi State University. Since 2004, the group operates under the name Georgian Voices. The repertoire of this body is diverse. Includes Georgian polyphony and lyrical songs of various artists. During the past sixteen years, the group has performed in solo concerts in Georgia and abroad – has performed in Germany, Austria, Switzerland, Russia, France, Italy and USA. Georgian Voices had the pleasure of being able to act as Bobby McFerrin, Katie Melua, group Take 6 and other well-known musicians. They have won Medals of Honour of the President of Georgia. – Translated by Automatic service