Friedemann Hinz is a German punk musician and punk singer. He is mainly known as the singer of COR, but also active as a solo artist under the name Friedemann. He grew up in Bergen on Rügen, the son of a respected furrier family. Both parents educated him Christian and with a certain distance to the GDR system. He developed into a freethinker who soon found some like-minded people in punk subculture. In 1991 he started as a drummer in the band Tonnensturz, which was active until 2001. He then founded the hardcore punk band COR. He became the lead singer and sings both German and "Plattdeutsch". From 2004 til 2007 he was drummer with the band Troopers. In 2014 he released his solo album Uhr vs. Zeit. 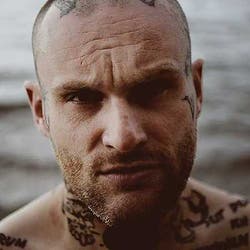 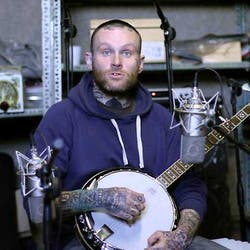 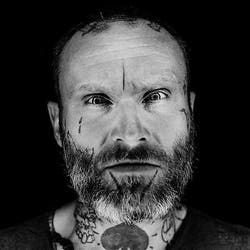 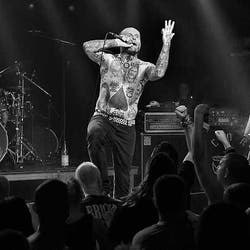