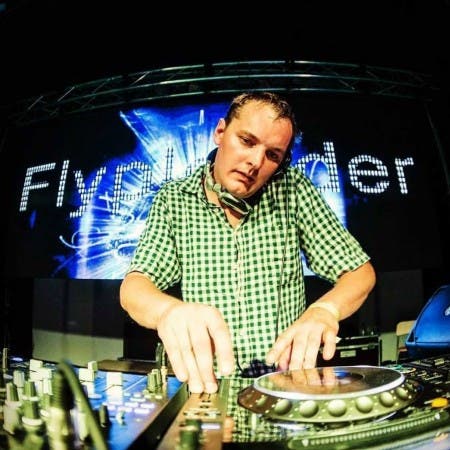 DJ Flyplender own behalf, Rosta male, was born in 1985 in Tabor. From an early age he devoted himself to music, though not in electronic form. The turntables are first met at the turn of 1999/2000, after several years of attending parties. With the presentation of his mixes began at a local club, where as resident stage 2, organized dance evenings. Later he was introduced to playing a lot of club and party (Machac, Climax, Meccamix, Pigfest, Roxy, Ultima, Summer Session festival, Breakfest, K2, Lantern, Martys club and many other party). We are constantly perfecting his technique of mixing and working hard on their prokukci. He has performed alongside leading DJs Ferry Corsten, Paul Oakenfold, Lee Dagger, Lisa Loud, Ortin Cam, Clodagh, Mario Ranieri, Agent, Misa Salacova, Ladida, Home, Orbith, Chris Sadler, Nikka 77, Golpe, Groove and many more. – Translated by Automatic service