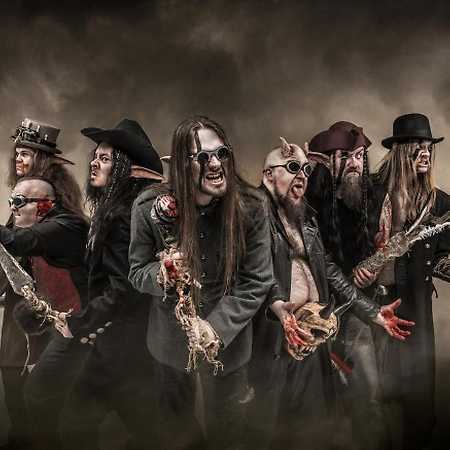 Finntroll is a notable Finnish folk metal band that plays traditional Finnish folklore in combination with electric guitars and brutal vocals (sung in Swedish), which brings together an interesting sound. Along with the first album Finntroll Midnattens Widunder (1997) was born their typical “trollish Metal”. The band has built a very strong image and fan base and the fact that they had to change several band members, their motor and tramples on their live shows are known for their bombast. – Translated by Automatic service