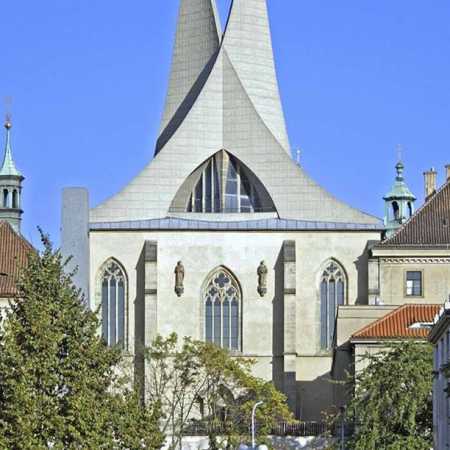 The monastery was founded in 1347 by the Czech King and Roman Emperor Charles IV. for the order of the Slavic Benedictines and was part of the development plan for the construction of the Charles Prague new town. In February 1945 the monastery RAID hit the anglo-American planes and bombs severely damaged the temple and the Arch of the Convention. In the years 1953-1954 occurred under the project B. Hacara to restore the vaults and in the years 1965-1968 took place according to the project of f. m. Black reconstruction of the Temple in the modernist spirit. – Translated by Automatic service