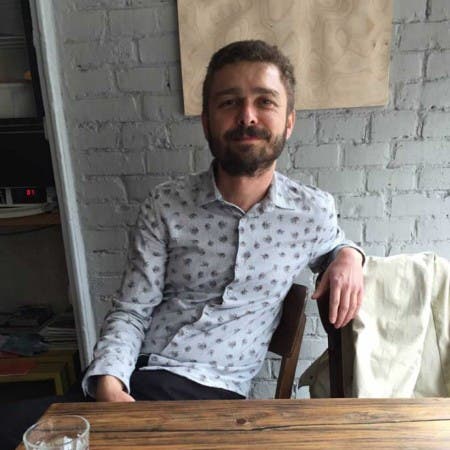 Don Juan Disco as a ten-year based Ibrahim Towarnyn Boys, group a few years later, the spoluzakládá project of the cult hit Bad Luck the Top 20. Nov 89 means (outside the official “release” boards Demonstration in Prague, MadBoys, where the Group sings) purchase Casio samohrajek in Vienna and Yamahas DD-20 in Brno is located at the beginning of the boom of rap in Bohemia (together with Jerzou, Mashy Muxx time and Animal (F)) and to the ZX Spectrum kompjútrech (before November) and later the Amiga off to Czech electronic scene. Plays drums in a group Action. In 1994, based with the Animal F. iconic grunge gang of Animal Farm, in the best years, “grunge legend” (Košák of a group of Clockwork Orange) the local format. Playing on the bass, but increasingly its irrefutable belief that his karma is being a singer. From the legendary Georg Coca receives an offer to sing in a group of ENTREPRENEURS. Eventually, leaving the Animal Farm, and when chewing coca leaves for George to the USA, to become glam rock star. His luck in Hollywood, money and heading off to Alabama and Florida. He meets there to Mark, and falls head first into the “new” electronic loop (Future sound of London), listen to fresh anglo-American electronic scene in silver bodysuits kids who mess country savor in Alabama and preparing a spectacular return to Europe. Meet in Brno, where cable tv broadcasts of the legendary show Škunner, which is due to problems with the financing of a few parts of the abolished. Together with Silicon Viennou and Bullerbynem mark, making remixes for group Narvan (on top), and Club KFC open on Boilermaking Street, where was the real Mecca of underground dance music. Unlike the main stream Are making a password, that “DJ desert strictly his own authorial music”. The idea, however, only works on the first generation clubberů, with the advent of konformnějších people in underground retreats. Brno is full of Ecstasy in 1998, and Don Juan Disco (then also Walking Love, Juan, Yakkin Ischka) sells guitars and buys the samplers and synthesizers. The world of September, the world of flowers, love and the future seems to be here and now. Working with a bunch of Family Circle, spins a copyright house CD (as w. love), ads on Solid Session and 54s. Around 2001, it loses its original strength of drugs, and left only the sex and rock n ' roll (and alcohol). The last electronic attempt in 2002-2004 ZX Spectrum has a name and is once again the cult (with Animal F) the Affairs of the local format. SolidSession.com on the server begins to hit independent filmmakers a Solid Session of the Top 20. At the end of the year 2004 is sobering from the psychadelicko-the electronic frenzy and hellish (and humble) return to mozolnatým the toes from the strings and passing combos from the supply. Animal Farm resurrection along with Davou (VoodooYoudoo), Ludanem (Dust) and of course Amimal f. views on the further development of the group are not and at the beginning of 2006, Don Juan Disco embarks on a solo career. Currently, he performs with the copyright playlistem, most of his stuff comes from (so far) unrealized hip-hop Opera Zaprodaná the harlot. It accompanies the email section, led by Roland Eightoeightem, Johny Microkorg, and lots of other fine improvements. – Translated by Automatic service