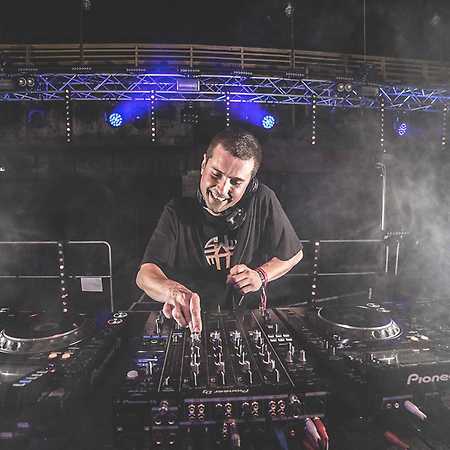 The member of T2B, Prague drum’n‘bass soundsystem, began DJing in 1999. Techno, his initial interest, was shortly swapted for drumandbass. In 2002 he met DJ Wash and others from freshly founded T2B soundsystem. Together they have turned this unknown crew into the one of the most popular and demanded czech drum’n‘bass soundsystems. Lately they were joint by another top figure of czech dnb scene, DJ Suki. T2B promote parties in the whole country and run also their own regular parties in Prague. The well known Jungle dnb session which takes place in the Cross club belongs to the most favourite dnb nights in Prague. T2B pay significant attention to technical side of party promotion and try to achieve perfect vibes with their own sound system and light equipment.

Pixie’s sets are characterized by quick, precise and creative mixes, which has earned him respect from an audience and even from his DJ colleagues. His performance emits great energy, his dynamic sets are charged with dancefloor smashes not letting partygoers stand still. No wonder Pixie was awarded the Best DJ in Czech Drumandbass Awards 2007 and 2008.

Jump-up, techstep and neurofunk combined with raggajungle and tuneful pieces are keystones of his style. He likes to work with anything what contains attractive idea and theme, and he wants people to have fun. Drumandbass is not his only domain. He also plays breakbeat tunes and doesn…t avoid even a dubstep. Recently he has started to work in his studio, so finally he might bring out his own breaks in the near future. You have chance to hear Pixie in small clubs even on drumandbass stages at the biggest czech music festivals. He played also in Slovakia, Germany and Russia. It was an honor for him to play with such greats as Andy C, Pendulum, Ed Rush, Friction, Aphrodite, Roni Size, Zinc, Teebee, Ray Keith, Adam F, Future Prophecies, Noisia, Baron, Nicky Blackmarket, Fresh, Phantasy, Marky, Kenny Ken, Calyx, J Majik, TC, Drumsound, Black Sun Empire, Crossfire, Shimon, Wickaman, Muffler, Concord Dawn, Break, Panacea, Remarc, Limewax, Counterstrike, Lynx, Fanu and many others.