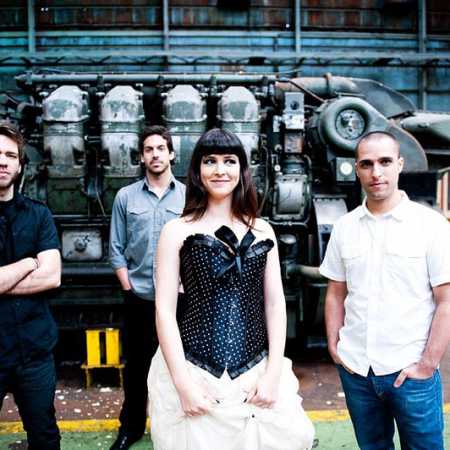 The band Dazkarieh who decided to prove to the world that the Portuguese fado music is not only, uses herself label Alternative Rock Experimental Folk band. Of which surely everyone can choose what he’s liking. What is certain is that Dazkarieh come with original sound, which is due to unusual harmony of conventional instruments such as guitar or percussion with Portuguese traditional instruments exotic sounding names cavaquinho, braguesa, adufe, an essential component of the sound was specially modified bouzouki. The file is on the music scene fourteenth year and has already designed six albums, the last named Eterno Retorno was released in 2012. Under all tracks is signed by the central creative duo Vasco Ribeiro Casais and Joana Negrão that as a singer and songwriter in the band carries the most skin on the market. – Translated by Automatic service