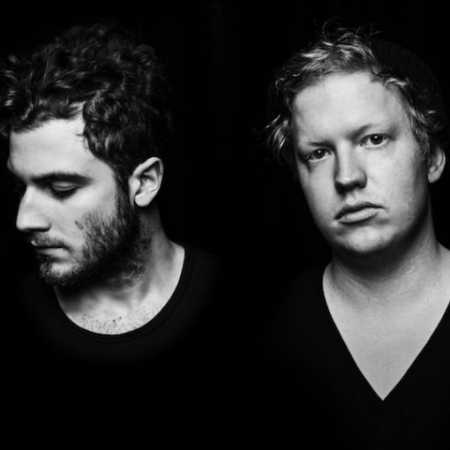 Darkside offer downtempo alluring music for bezgravitační voyage through the universe: dark, mildly funky Blues with a light at the end of the Galaxy. “Darkside sounds like Office on the spacecraft,” the hit musical epics mnohovrstevnaté dua excitingly Anna Pleslová in the magazine Full Moon.

Emotionally immersive electronic and natural sounds, minimal techno, space-rock psychedelia, disco synthesizers and jazz guitar, Harringtonův and Jaarův in a plaintive tone falsetto using baritone, earthly and unearthly deposits-the Darkside music builds on the prokladech, which, of course, magnetically attract and then sucked on the way to “an explosion in a factory on sounds and colors”.

Darkside in the last year with the album Psychic became the darlings of the world of musical critics. “Take a deep breath, step inside and do not rush,” invited to listen and they will simile to Pink Floyd and Dire Stratits, for them the influential liaison points with the inspiration of 70. years ago.

Students at Brown university have different musical background: before I met Nicolas Jaar, belonged to the new stars of electronic music and the debut album of Space Is only Noise to yourself in 2011 at the media attention. Guitarist and multi-instrumentalist Dave Harrington was on the contrary prefer to improvised music and jazz. Then, when looking for teammates on tour Jaar, recommend him Dave. They started jamming together and experiment, and a story about how in the Berlin of the hotel between the concerts were killing time by folding, maybe one can fit into the history of music because of the disparate pair became Darkside.

First they released the EP, after him, had each other, under the name Daftside remix album Random Access Memories from Daft Punk and the effort though the plate Psychic with whom they rode out on a major European tour.

Darkside session are not robots, and not in vain they sometimes says electronic jam band. In concerts, taps into improvisation: building on the current state of the atmosphere and the vibe audience tracks different stretches, changing their sound variety, divorcing and unobtrusive impression they leave with a sense that they bring impulses, which nobody could have expected from them.

"In some ways, we’re more like jazz band or jam band, because what we’re playing every night, taps into the improvisation, and that’s what excites us. There is no clear answer to why each concert we will reach, we are a group in constant motion, "said Jaar.

The experience of the concert but was not comprehensive the Darkside without lighting design and space games of lights. Therefore, the duo currently occupies the largest European festivals and performances go literally rumors. – Translated by Automatic service