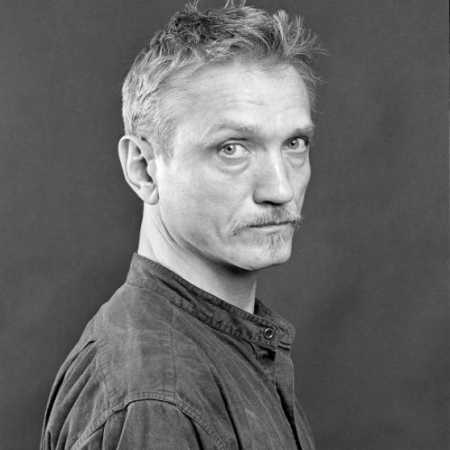 Darko Rundek is undoubtedly a great personality Croatian, hence the Yugoslav music scene. Sedmapadesátiletý singer, songwriter, poet, director and actor, began his career as a composer of film and radio music in the early eighties was the head of an extremely popular rock band Haustor, after the breakup of Yugoslavia, however, decided to emigrate. In France started a new musical path, much more poetic, sophisticated and often sadly melancholy.

Rundek studied directing at the Theatre Academy in Zagreb, under his leadership created many plays, several voiced its accompanying music or them occasionally appeared as an actor. In 1979 he founded with his friend Srdjan Sacher new wave band Haustor. Rundek and Sacher were the sole authors of songs Haustor mixed reggae, African and Caribbean rhythms, rock, punk, and finally the Balkans. Soon achieved immense fame and a dedicated fan base, for which they were Haustor the uncertain political situation almost heroes. They recorded four studio albums, a live recording and selection of the best tracks.

Despite the enormous popularity Rundek is still devoted to composing film music and acting, which is a topic of today. In 2005, he was even awarded the Slovenian prize for best actor in a film by Janez Burger, Ruševine. Between 1982 and 1991 he directed over fifty papers and radio plays on Radio Zagreb, to many again composed the music. After the dissolution of the State Union decided to make a radical change, he moved to Paris and began again. He continued writing music for the theater, he soon quit blinking in France and frontman of the popular band, became a soloist with the often critical texts. Their first album, Apokalipsa, which ironically ratios after the breakup of Yugoslavia, won nine awards in several categories – from the song of the year, despite the best male singer, the best clip. The second recording, a wide U writhe, the more inclined towards folk traditions, was heard on the mandolin, bagpipes and whistles. Intimate acoustic atmosphere of the album was also supported by a permanent backing band that traveled all Rundek Croatia and neighboring countries.

Brilliant board Ruke based on the desire to develop ideas with other musicians and extensively built on improvisation. Swiss violinist Isabel, percussionist Đani Pervan, pianist Dusan Vranic and Vedran Peternel engineer, began working closely with Darek just on this album Ruke apparently originated in a secluded Isabel’s mill in Burgundy. Below are the songs which together with Rundkem authored and signed by each member of the band. After recording, the group toured under the name Darko Rundek & Cargo Orkestar (in November 2004 visited Prague). The rich poetic text images were accompanied for Rundka typically a blend of styles. Success also brought the signing of a contract with the German label Piranha Musik, which also released the following, the most sophisticated Mhm A-Ha Oh Yeah Da-Da. From the rich musical accompaniment came before Rundek to a smaller ensemble. Acts only with a trio of Cargo Orkestar originated Cargo trio Rundek, Isabel and Vranic. Listeners and viewers offers proximity to voyeuristically can be viewed under the fingers and into the mind of a Croatian composer. – Translated by Automatic service