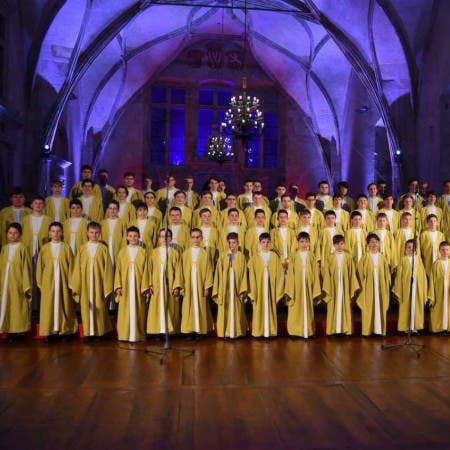 Boni Pueri (translated Good boys) is a Czech Boys Choir, based in Hradec Králové. The name of the report to the congregation, who worked from 12 15 century in the St. Vitus Cathedral in Prague. Corps base consists of private elementary art school Boni Pueri, which operates as a separate entity from September 2006 in Hradec Králové.

The choir participates in many international tours and performances with major orchestras Czech Philharmonic Orchestra has been invited to the front of the Prague Spring Festival, AmericaFest, Shanghai International Arts Festival, Europalia. Preparatory choirs are named Pueráček, Pueri 1, 2 Pueri and advanced separation Bonifantes. The most successful singers get into a concert group. Total work in the congregation pays around 200 boys 4 to 21 years. Czech Boys Choir Boni Pueri is a cultural ambassador Choral Federation to the European Union (European Federation of Choirs of the Union). – Translated by Automatic service