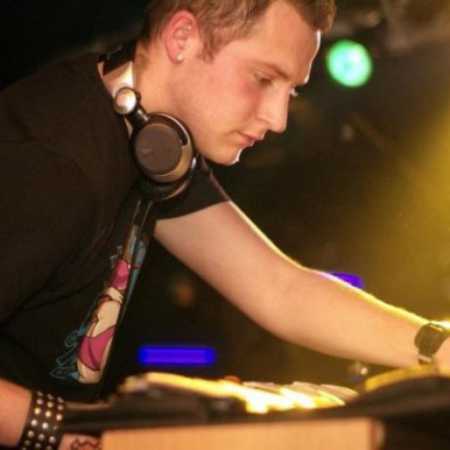 DJ Chicken began to play in the fall of 2003, to which he got as a “blind to score.” Music and everything around him, but enjoyed it since elementary school, so I said, why not try it. And now I can’t imagine life without the DJing. He started out as a lot of people at that time on the “nemíchacích” single cd players. In the late summer of 2004, he graduated from the course for young talented DJs led by Deuce, Dj Cou-D and Dj Baluu and benefit vítečně. At that moment, he found that it somehow to dance music and that she wanted to spend a little more. At the beginning of the year you finally took the “mixing double players” and gave to it. In May 2006, decided to go to the “reviews shirts” DJs in the Club, a cowshed, he paid off and before the start of the next season, he stood behind a mix, there also remained until the conclusion of the rezidentura Club, during these years he was also resident at Club Venus, Roxana, Drink, Vltava. He played several times in Ostrava Club Fabric. In the autumn of 2007, with colleagues from Ostrava decided to sign up for a DJ competition in City Club, Rožnov pod Radhoštěm, guys not to disappoint. Paul ended up 3. place for a colleague from Ostrava (Marco Biary) and of Opava region (Cj Fox), all three were already part of the Ostrava Playa Crew.

At the moment, it is most commonly found in the Alexandria Ship and Venus, where it is a resident, also on stodolni Street in Feral Cats and in the clubs not only in Ostrava, as well as in its surroundings, for example. Magic Club (PL), Cobra Štěpánkovice, Majnl Dance Hall, Nový Jičín, Prestige Club (F-M) La Coruna Ostrava and many others. Due to its long-term experience, the joy of music and entertainment for him is no stranger to zahráti whatever it likes when under his baton of people having fun and it’s also the most prefers. In addition to commercial styles and diskotékových “flágů” i retro action is pleased to play techno and tech-house, in these styles can best express your emotions – Translated by Automatic service