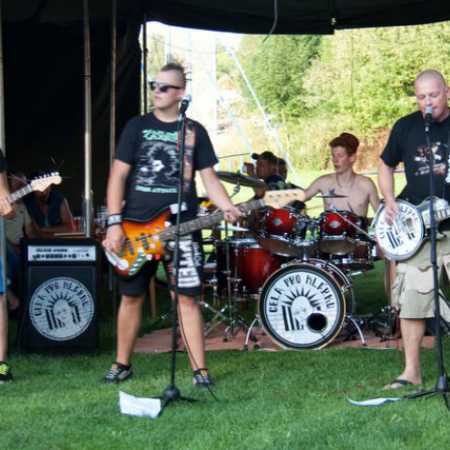 Band Cell for Clark was founded in Strakonice in summer of 1990, and in September took place at the Inn on the Podsrpu 1. concert. The original report were Tobias Smrkta, guitars, vocals, Ivan Křešnička and Francis Black, bass guitar and drums Marcel Vavřík Zdeněk fish, later the band came from brothers Peter and Martin Blažkové. After three years of gigging, the band broke up and some members appeared or still occur in many other projects, for example. Martin Blažek (Bailey), Ivan Křešnička and Petr Blažek (Bajadéra Joy). Cela For Clark in the new, greatly rejuvenated the report once again began to rehearse in 2013 and 29.3.2014 returned to the active life! – Translated by Automatic service