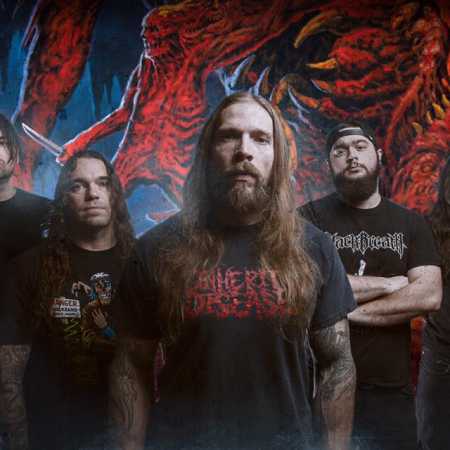 Death from the USA are Broken Hope playing since 1989. The founders were Wagner and Muhammad. At the beginning of 1990 come bassist Ed Hughes and drummer Ryan Stanek (both from the Crypt). After the first rotation, this report complements the Griffin demos. In the summer of 1990 are in Wave Digital Studio ready for demo recordings, which provide the signature of the contract with the Grind Core International. For them in 1992, released the album “Swamped In Gore.” To change the label-switching to Metal Blade. During the preparation of the third wheel “Repulsive Conception” leaving Hughes and his post takes over the Glass. In the song “Engorged With Impiety” hosts James Murphy of Testament. At the end of the year are G//Z/R, and Six Feet Under. From June are back in the Studio and recorded “Loathing”. – Translated by Automatic service