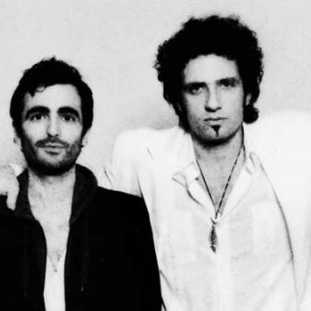 Botanica  Who You Are

Swinging punk cabaret Botanica is one of the results of genre collisions in a hot New York’s musical climate, similar associations Gogol Bordello, Balkan Beat Box or Firewater. Music Botany maybe not so straightforward, but more elegant and diverse. Like the colorful atmosphere of New York, somebody from production groups and flair of Berlin, its decadence, whims and sensuality. In the albums Botany eclectic blend of rock, blues, klezmer or chanson and its leader Paul Wallfisch is a real entertainer. The singer, entertainer, landing, destruction pianist, satyr and satanic symbol in one. Wild dance pieces alternating melancholy blues, Balkan Berlin disco bar again with morning atmosphere.

Even before was Botanica, played by Paul Wallfisch quite a long time in the group Firewater, which emerged from a similar spawn as his future band, just a few years earlier. On Malediction (1999), the first album Botany, met today almost incredible line-up: Daniel Ash (Bauhaus, Love & Rockets), Kid Congo Powers (Nick Cave, The Cramps) or Frankie Infante (Blondie). Dark and decadent atmosphere flickered later known attributes, without which the music Botany not even be imagined. The mighty stylish stew and heart on his sleeve. Paul Wallfisch has a rare gift, his voice can penetrate through many barriers and his Orchestra conducting by how his heart dictates. Despite the trends and demands of the audience. – Translated by Automatic service