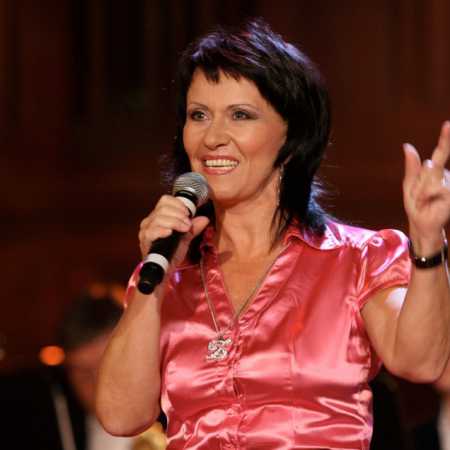 Zuzana Stirská already eleven girl as she performed in shows and games Jiri Suchy-Ten is your dog? “Charmed”, “bouquet”, “virgin crying, crying …” After six years on the stage of the theater Semaphore started singing with George Helekal, groups “Steps” Frantisek Janecek, “Maximum” Petra Hanniga, country group “Teskar” and others. The actor sang Jaromir Hanzlik successful album “Lovers”, she toured the USSR, Cuba, Germany, Poland. Graduated from high school, she completed a solo singing at the People’s knzervatoři by prof. Löbl, completed a follow-up study angličiny and in 1981 emigrated to the then “West” Germany.

After difficult beginnings and subsequent cooperation with a group of “Nashville Playboys” under the pseudonym of Susanna Prag battled among the leading stars of the German music scene. She has sung in concert with the formation of James Last, with Gunther Gabriel, Mike Oldfield, Robert Blanco, Heine and others. Filmed plates with a group Eruption, featured in many television and radio programs. Toured overseas on ships which circumnavigated almost the whole world – from Greenland to Antarctica.

In Göttingen, Germany studied musicology and English and after our relationship has changed, she moved with her ​​husband and children back to Prague. After his return to his homeland as a guest in the theater Semaphore with such success that her Mr. Jiri Suchy again asked for cooperation and wrote her this time “on the body” program called “Zuzana Returns”, which in turn appeared as a guest on again. Trinity protagonists complement its talented, then ten Viki’s daughter, who had just won the TV competition Carusošou. Just for this program founded in 1999 by Zuzana Stirská vocal ensemble Gospel Time, the first gospel file with us. With this ensemble works successfully for many years. – Translated by Automatic service