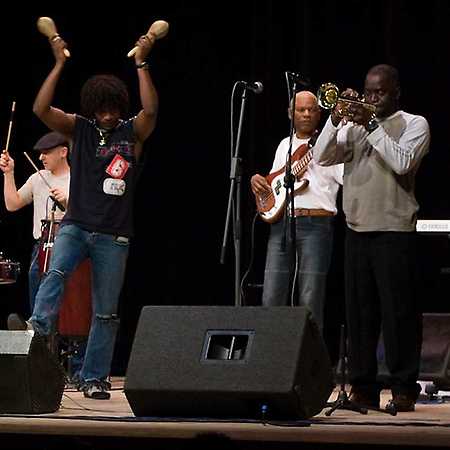 Dynamics and energy thanks to arranger editing and interpretation of very impressive, and thrilling. The main singer, Pedro, is rightly dubbed a la James Brown de la Cuba, its overall expression and interpretation are utterly unique. Tool composition of the group is a traditional, yet timeless works, and music by Son Caliente plays, it sounds quite a while actually, although more than 70 years old. Importantly, the musical experience, which presents Son Caliente Latin music leaves audiences cold, regardless of age and nationality.