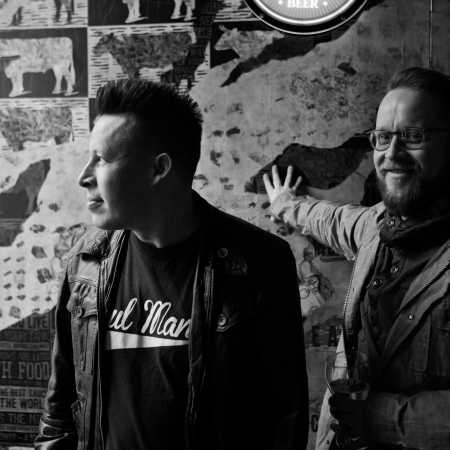 Gentlemen John Turrell piece, and Jonathan Scott Watson Smoove alias comes from the area of Tyneside, the heart of the steel industry, and the devotion to black music in them cannot be the least doubt. While the giant collection of custom Smoove twenty thousand vinyl records of “black” genres, his partner has to change voice Turrell piece that evokes the famous names of Seoul from Cee Lo Green to Tom Jones. Under the banner of his project Smoove Turrell piece mixes the omnivorous & nadžánrový mix, in which serves hand rhythm & blues and jazz with younger siblings such as hip hop, house and breakbeat. That old sound is still alive and can have fun even in the 21st century. century show on countless singles (vinyl) and full-length plates Antique Seoul review by Eli.eccentric (2009) and Audio (2011).

Smoove moves on severoanglické music scene since the 1990s, and gradually became one of its leaders. Runs two labels, Djing, remixům and in the middle of the last decade released under his own name two long-playing records on a major label Acid Jazz, which gave the name to the entire music genre. His biggest hit, but had to wait until 2009, when he recorded single, "I can’t Give You Up with singer John Turrellem (when operating in the band The Stevies). And because the cooperation between producer and vocalist worked excellent and Smoove Turrell piece originated, which immediately signed Funk label Jalepeno Records (home to project Kraak & Smaak). – Translated by Automatic service