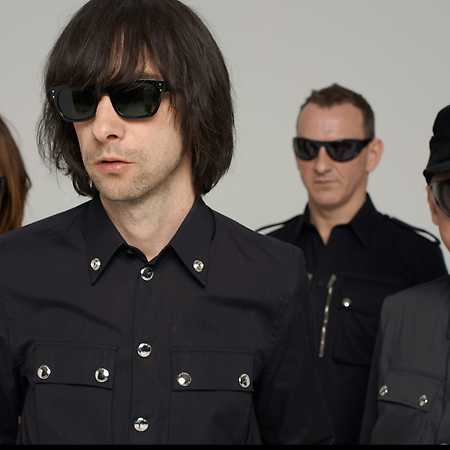 Primal Scream are a Scottish alternative rock band formed in 1982 in Glasgow Bobby Gillespie and Jim Beattie. Currently, the band consists of Gillespie (vocals), Andrew Innes (guitar), Martin Duffy (keyboards), Simon Butler (bass guitar) and Darrin Mooney (drums). Barrie Cadogan runs and recorded with the band since 2006 as a replacement for guitarist Robert “Throb” Young. The band has played in the 1982-1984, but began to be famous after Gillespie left as drummer of The Jesus and Mary Chain. Primal Scream played a key role in the indie scene of the eighties, and later moved to a garážovému psychedelic sound that eventually went toward dance music. In 1991 they released their major work Screamadelica, which znamelano breakthrough in their career. He is still rated as one of the major achievements of 90s music, many music critics consider him even for the very best album of the decade. The band behind him, also received the first ever Mercury Music Prize. – Translated by Automatic service