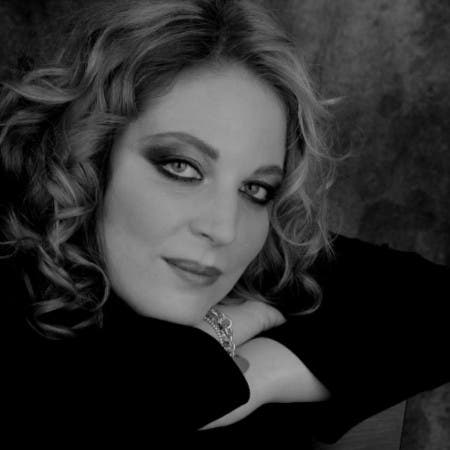 Petra Hapková  Why Don't You Do It Right

Peter Hapková was born on 13. 9.1982 in Rome, Italy. She is the daughter of actress Zory Ully Keslerové (Fešák Hubert, the wind in your pocket, the chain, you kiss like a devil, etc.) and the composer Peter Hapka.

Up to the year 2010 had lived, worked, and studied in Rome and Viterbo, where their university studies successfully completed a master’s degree from languages and literature. Part of her master’s thesis was an extensive study of the Czech protektorátního the film. From her childhood she played in the theatre nespočtech theatre productions, as an alternative, so the classic (Midsummer night’s dream, speech, speech, etc.), and music from the age of fourteen years, intensively singing. At first she worked in punk and rock formations, but it then fell under the blues. Her repertoire was based on classic Blues Foundation (Tracy Chapman, Peggy Lee, etc.). In 2003, defended its first place on the singing competition in Rome. She has performed in particular in small formations after the bars and clubs, where she achieved a great success.

At the end of the year 2010 permanently moved to Prague, where his knowledge of Italian and English jazykazúročuje as a translator, is devoted to the teaching of the Italian language. In the first place, however, is her love-vocals. Performs in several musical formations-from chamber ensembles to stage arrangement with the band. In its repertoire are mostly blues songs, but also compositions of modern authors.

Currently performs with his new copyright project – a “life bar”.

Thanks to his father met with an almost unknown composer and pianist Patrik Ulrich. His šansonové and cabaret songs, but also romance Petru took so much that she decided to go back again to the beginning and try something new. And so was born the recital “life bar”. In combination with the very talented budding textařkou Rubišarovou Hankou was almost unplanned confessions of a young woman, which, however, experienced so much, he can afford to sing about it.

With piano accompaniment Patrick Ulrich as Peter builds 80 minute recital on musical style of his father Peter Iv. For the rare prototo we can consider, that our country was someone who Hapku does not copy nor see there, but it builds on the work of its author’s manuscript. – Translated by Automatic service