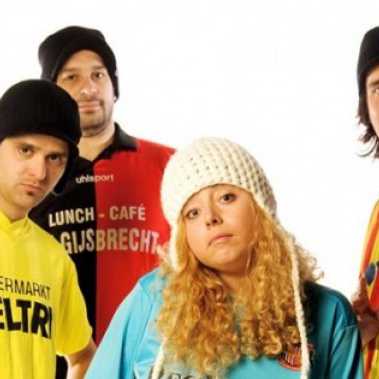 Le Pneumatiq was founded six years ago and it is one of the most energetic electronic bands of the Czech Republic who play live. There are very few bands that enrich the headlines of summer festivals (Sázavafest, Rock for People and more) with dance music. The band delivers energetic shows which are beginning to gain public favor because they preserve the traditional structure of the song in spite of ample usage of dance music techniques. Le Pneumatiq appeared in the prestigious Transmusicales festival in Rennes, France, in 2008 as the first Czech band ever in the history of the event. Their track Life appeared in the compilation of the French festival EuropaVox 2008. The video for the track brought the band a nomination for the 2007 Video of the Year award. Le Pneumatiq have also visited the United Kingdom and Slovakia. Members of the band are its founder and producer Howska (programming), MC Adrenalin (vocals), Army (drummer) and vocalist Borůvka (ex-Rapmasters, Wohnout).