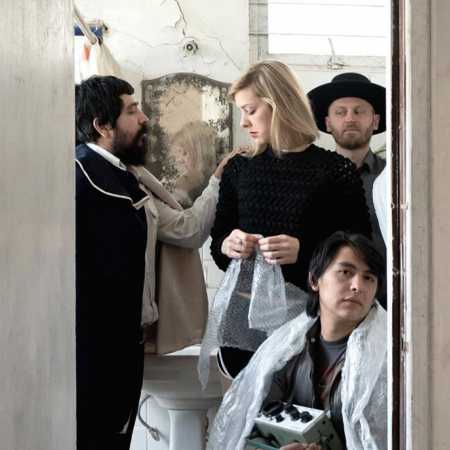 Exploded View is a new collaborative project helmed by the UK-born, Berlin-based political-journalist-turned-musician Anika (Invada Records / Stones Throw). After playing a string of 2014 solo shows in Mexico with a backing lineup composed of local producers Martin Thulin, Hugo Quezada and Amon Melgarejo, Anika and her new bandmates discovered a chemistry that they simply had to capture on tape.

During their rehearsals in Mexico City, the four musicians discovered a new sound, several steps removed from the krautrock-isms of Anika’s previous work. The straight to tape sessions that followed in the San Rafael neighborhood, ventured somewhere new; a lighter place, unguarded, veering from any script. Improvisation was the guiding principle and the source of the band’s inspiration. The studio itself was outfitted so that every sound produced in the room would be recorded. A Tascam 388 8-track captured everything – fully live, fully improvised, first-takes only.