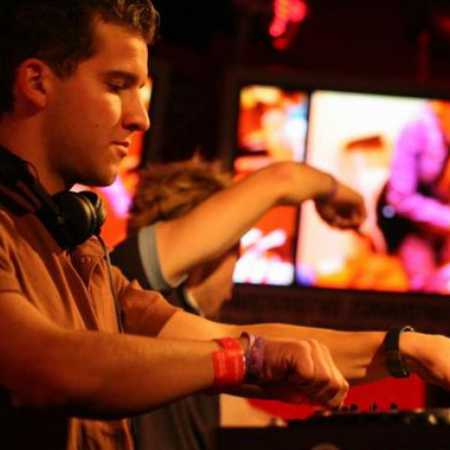 His love for music was evident at Macia since childhood, not surprisingly, was first introduced to the audience at the age of fifteen years. Its origins remain linked with clubs with native Sokolov and if we ignore the disco period, it can be exaggeration to say that very quickly surmised that his ideas about DJing is different. Maybe that’s why after some time “to mix” vanished.

In 2006, however, that there was a major turning point, when it in new PH + Club Pilsen chose local production manager Lubos Martinek aka Tall Boy Slim (big thnx 4ever). After more than warm reception Pilsner audience at each other then no success did not wait long, as well as a new challenge. Already after less than a year in this club, he was offered its own resident night – Carnaval – from which developed due to their diligence, a party that is not only full of amazing scenery, fantastic guests, but of course, great music. This party is soon after became one of the most successful party in the 2006 PH + and Macio gets another first as the youngest resident club. In the summer of 2006, then played in the RedZone afterparty at one of the top Brno Open Air – Semtex Culture – and his imaginary Seto closed and the whole festival summer. Summer 2007 has been appearing regularly for Macio DJdeckem in the famous Prague club Mecca, where the positive response of the audience did not go unnoticed club management. With the onset of September therefore accepts the offer to become an official resident of the first-class club and thus starts his next residence – SoundCream. Soon after, nodding to the next menu official resident night, no less luxurious Duplex club Prague middle. Consequently appears on stage popular Czech festivals Summer of Love 08 Mácháč 08.09 High Jump, or perhaps 07, 09 and comes first foreign bookings, Macio thus gives to our neighbors to Bratislava or in sunny Italy. With these opportunities has the honor of playing alongside star Czech and foreign DJs such as Eric Prydz, Sébastien Léger, Kurd Maverick, Seb Fontaine, Ben Watt, Kid Massive, Steve Smart, Ben Long, Damian Wilson, Lisa Loud, Fidelity Kastrow, Jonty Skrufff, Tony Haze, Pete Doyle, Sydney, Antoine 909, Kae, Alister Whitehead, Anthony M., Diome, Tall Boy Slim, puppets, Chris Sadler, Orbith, Ivan M., Marwin Shamma, Neo, TT Soulgangster, Michael Burian, DaMoon, Konrad, WeKi Djs, Cuba Soulcheck, Cubik, Bo.dan. Alongside these and other variables, collects more experience and inspiration. His current sound falls somewhere on the borders of the Deep, Groovy, Pumpin, Progressive, Tech House with elements of Nu-disco laced with a hint of electro. And because it is not a fan of “pigeonholing” his sets are imaginative and energetic, characterized by různobarevností and full of surprises. – Translated by Automatic service