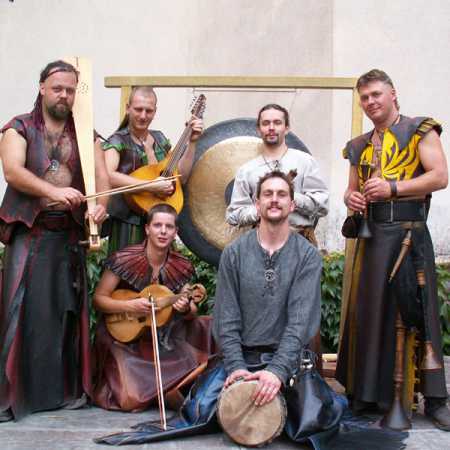 Arcus Group was founded in 1997. Originally played the Renaissance music, but eventually moved to the music of Gothic, which subordinated instrument and its park. It is currently undergoing further development, particularly in the administration of single songs, whose medieval roots combine with modern notions of this kind of music.

During its existence, the group participated in a number of medieval events both at home and abroad. Since 2006, played in the composition of six members. The material draws from all corners of Europe with a focus on secular music 12 to 15 century. Due to its volume and rough period rawness is the group sought primarily on medieval marketplace. Many experiences have not even separate from the podium appearances. All this, of course, in historical costumes.