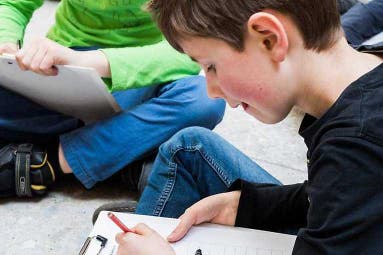 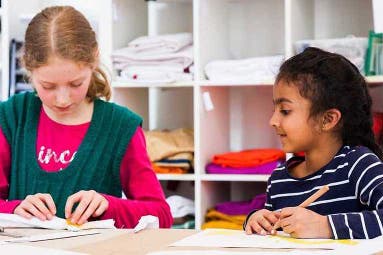 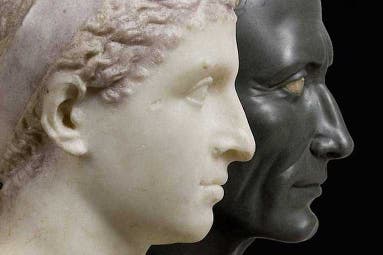 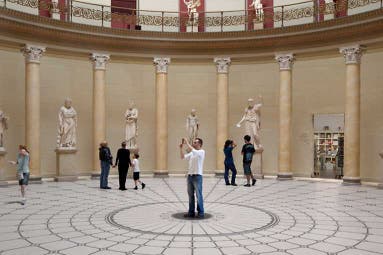 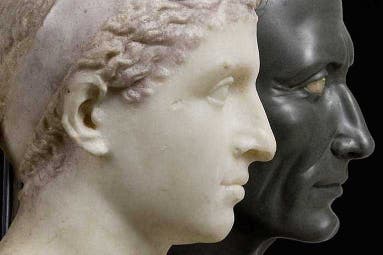 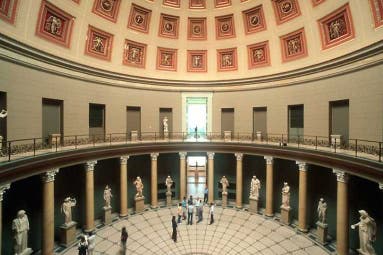 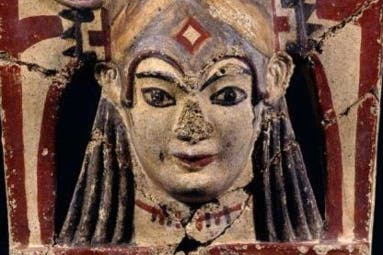 Since 24 February 2011, ancient worlds are opened up for people to explore in a completely new display in the Altes Museum. Now that the Etruscans and Romans on the building's upper floor have already enthralled thousands of visitors since their unveiling in July 2010, the Collection of Classical Antiquities is about to present its world-famous collection of Greek art in a wholly new guise on the main floor.

The tour through the new exhibition on the main floor of the Altes Museum starts with the Age of Heroes, from 1000 to 700 BCE. Statues of warriors and helmets stand alongside images of griffins and lions that are distinctly Eastern in character. Right from the outset, the visitor's gaze is drawn towards the next rooms containing archaic temples and tomb monuments dating from the 6th century BCE, in the form of a Holy Way that leads to the colossal kouros of Didyma, where the colourful Berlin Goddess can also be seen looking the Sabouroff Head straight in the eye.

The world inhabited by gods, heroes and myths from the classical era unfold before the visitor's eyes in the north room, in a blaze of spectacular, well known vase paintings and sculptures. In the centre of this section, the Praying Boy stands encircled by masterpieces of the art of classical antiquity, such as the spear bearer and the Amazon by Polykleitos, as well as vases by such master potters as Andokides and Euphronios. The section Life and Death in Athens, meanwhile, sheds light on all facets of everyday life in the capital of classical antiquity.

The theatre in Greece and Southern Italy leads us to the Greeks in the West, with the Enthroned Goddess from Tarent taking centre stage. In the section on Hellenism, the rulers are juxtaposed with ordinary people – in portraits and the recreation of the worlds they inhabited. Following on from that, the finds from houses in Priene, the Pompeii of Asia Minor, have also been rearranged to form a new lively display.

The Numismatic Collection's expansive holdings of ancient coins, formerly exhibited in the Pergamonmuseum, are now on view in their own separate room beneath the blue firmament of Schinkel's ceiling design. The final stage in the exhibition is the section offering visitors a whirlwind tour through 350 Years of the Collection of Classical Antiquities.

In short, the second part of the new permanent collection now on show in the Altes Museum creates a fascinating overview of the art of the ancient world; in displays divided not by genre, but arranged according to content and aesthetic parallels between the objects.

Google Arts & Culture provides virtual access to the Old Museum, which can be explored through online exhibitions and 360 degree views.