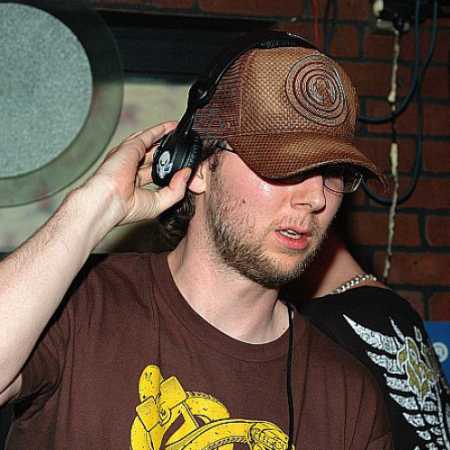 Drum’n’bass to Anakin first came back in 1997 in the form of a compilation “Atmospheric Drum'n'bass”. He liked the syncopated beat and sci-fi sounds, ranked him in the category “occasionally hear” and more addressed. Up to about a year later at Turnova held a small open-air, where in addition to the mandatory time housových djs played well (then beginning) IM Cyber ​​and Suki. He found that he enjoyed a quick hop to broken beat more than anything else and started to look first CDs and information. He visited several other of parties where you especially liked the sound of Renegade Hardware et al. and then when my brother (Sweg) with a friend (Starks) made decks, tried to buy a pair of plates and coaching.

The first time came unexpectedly quickly – after about 3 months in the now non-existent Turnov Club Hell. He himself remembers saying, “It must have been horrible”, however, along with Swegem, Vibezoomem and Starks began to tour the surrounding clubs and gain experience.

In 2002, the Swegem in the Turnov old cinema party Cinematique with several foreign guests. It was followed by a series of smaller, but it rozjetějších of parties, to which replaced the names such as Koogi, Im Cyber, Philip TBC, Babe LN. Who was there, certainly likes to remember. Meanwhile came the first successes in the field of DJing: New talent playing in a tent on the Open Air Field 2003, subsequently winning the competition on performance at the Summer of Love 2003 offer cooperation to participate in a shadowbox booking.

Anakin played alongside DJs such as Fabio, High Contrast, Ed Rush, Kosheen, Brooklyn, Nu: Tone, EZ Rollers, or Marky. The party favors energetic beat of drum and bass with striking stud fee and dense bass, He enjoys elements of funk, old school, or vocals; actually nothing quality from Noisia, the Calibra. Try to play the most colorful dance sets, in which you will definitely hear Netskye, Logistics, Loadstar, Basher, Spectrasoul, Sub Focus, Ed Rush & Optical, High Contrast, Matrix and here and there too his own production. – Translated by Automatic service