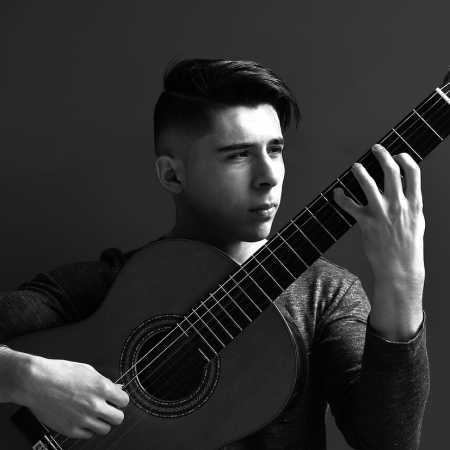 Amos Lora was born on 21 9th 1999 in Madrid. He started playing the guitar as early as 3 years under the guidance of his father, Manuel Lory, and a year later it was possible to hear the first public concert. From six years of guitar lessons go to El Entrimu at art school in El Cano Roto. In 8 years, met Tomatitem Amos, Amos, who recognized talent and began to learn flamenco guitar. Since 2010, the clock also goes to Diego del Moar, who plays a very important role in Amos’s career. Moreover, since 2009, going Amos guitar lessons to another excellent guitarist, Carlos de Jacob, who teaches him to accompany flamenco singers. His artistic education is also complemented by elements of Gypsy culture.

In addition to Amos Lora loves flamenco jazz, which began to learn by themselves. His favorite artists from the field of jazz as Coltrain, Miles Davies or Chick Corea. 28th February 2010 in Rome Amos fulfill his great dream, and met with the legendary guitarist Paco de Lucia, who in the Italian capital just performed. Not only that Amos had opportunity to meet Paco de Lucia, but also got the opportunity to hold a small concert for him, during which he showed not only improvisation but also bulerías, a Paco de Lucia very intrigued. Even if Amosu Lorovi only 13 years, he has played in numerous festivals and concerts alongside international artists. – Translated by Automatic service