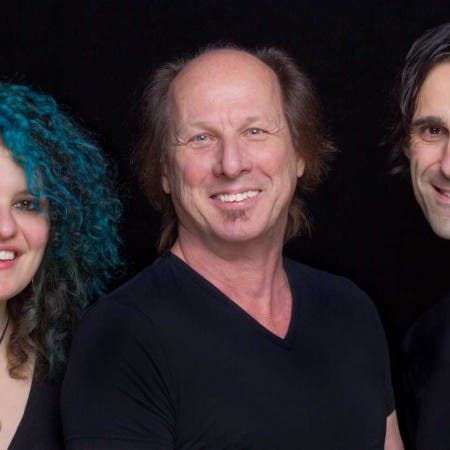 American musician Adrian Belew belongs to nejinvenčnějším guitarists and singers with a wide stylish range. From the early 1980s until 2013 was the frontman of legendary King Crimson, where he played and sang so essential albums, such as Discipline, Beat, Thrak or Power To Believe. Significant was his collaboration with David Bowiem, who in 1977 invited on a world tour to the legendary fit Low & Heroes. A year later, Belew appeared on his live album Stage and on the last album the Berlin trilogy of Lodger. In 1990, Bowie accompanied on the world tour Sound + Vision.

Belewův talent discovered Frank Zappa, who at the end of the 1970s, he invited to shoot his excellent album Sheik Yerbouti. At the turn of the 1970s and 1980s he worked in the Talking Heads, where he played on the seminal album Remain In Light.

He has worked in the past. with Nine Inch Nails, Porcupine Tree, Laurie Anderson, Paul Simon, Béla Fleck, and Herbie Hancock. Professional criticism also appreciates his solo production, since 1982, has issued 15 Studio albums so far. A solo career with the album’s Lone Rhino, after which came the Twang Bar King influenced rhythm n blues ´ ´. However, the published experimental albums, as well as acoustic Songster of the plate. – Translated by Automatic service