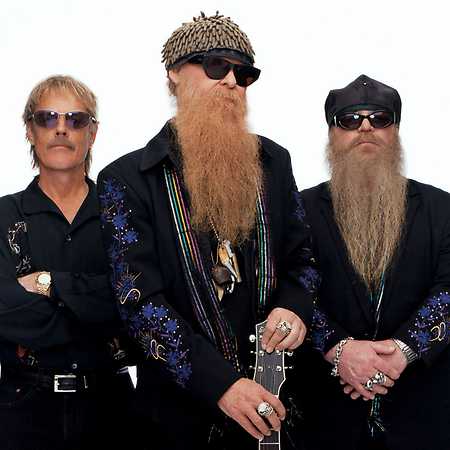 ZZ Top is an American rock band formed in 1969 in Houston, Texas. The band has, since 1970, consisted of vocalist/guitarist Billy Gibbons (the band’s leader, main lyricist and musical arranger), bassist/vocalist Dusty Hill, and drummer Frank Beard. “As genuine roots musicians, they have few peers”, according to critic Michael “Cub” Koda. "Gibbons is one of America’s finest blues guitarists working in the arena rock idiom […] while Hill and Beard provide the ultimate rhythm section support."

The band released its first album, ZZ Top’s First Album, in 1971. Beginning with blues-inspired rock, the trio later incorporated new wave, punk rock and dance-rock by using synthesizers. Their songs have a reputation for containing humorous lyrics laced with double entendres and innuendos.

The band’s top-selling album is their 1983 release Eliminator, which sold more than ten million copies in the United States. Total record sales of 25 million place ZZ Top among the top-100-selling artists in the United States, according to the Recording Industry Association of America. That includes eleven gold, seven platinum and three multi-platinum albums as of 2016, according to the RIAA. By 2014, ZZ Top had sold more than 50 million albums worldwide. ZZ Top was inducted into the Rock and Roll Hall of Fame in 2004.