Funky underground nightclub & bar in a former public toilet with graffiti-covered tile walls. In the past, gay men secretly met for sex in public toilets, the "Klappen". The art bar Zur Klappe is located in one of these places in Kreuzberg. In the middle of the district, at the Mehringdamm / Yorckstrasse intersection underground. On the middle island, it descends to a former public toilet that two Berliners have turned into a bar with a gallery: Flint Neiber and Sören van Laak came across the unusual location, which had been idle for a long time.

The name of the bar refers to the history of the place. Klappen - that's what the free public toilets used to be called, where gay men met to have sex. Until the early 1990s, sexual intercourse between two men was officially punishable. This forced many homosexuals to withdraw into hidden rooms. In the flaps they found protection and freedom at the same time. 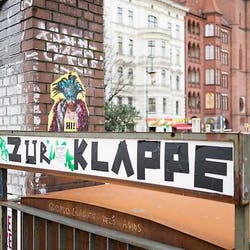 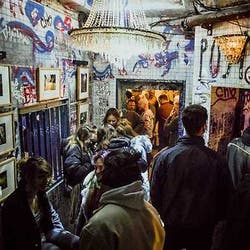 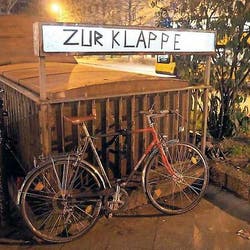 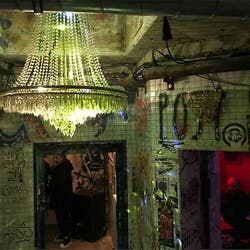