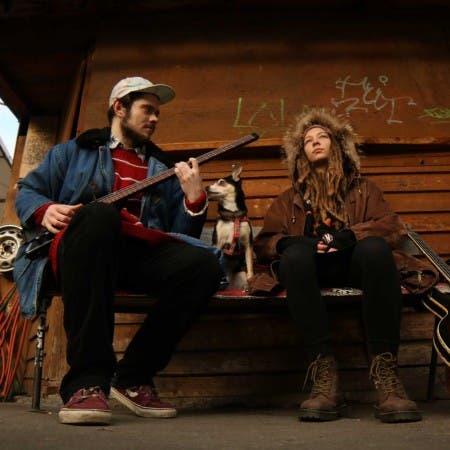 The basis of the Zorba že je Buddha is a combination of two musical individualities: Ashley Sarah Abrman and Ondřej Hauser. Ashley’s charismatic singing (known, for example, as frontwoman of The High Corporation) is influenced by gospel. Ondřej, bass player and producer, is known from such groups as the Prago Union Live Band, the David Kraus Band, and the Ochepovsky project. Through their connection rises a hybrid of electronics fusion with acoustic music in an original overhead stream.