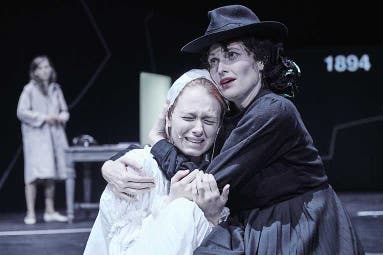 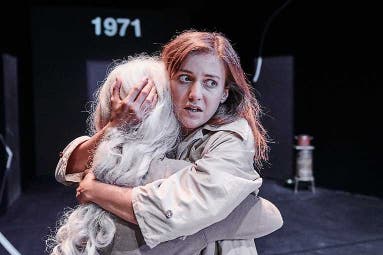 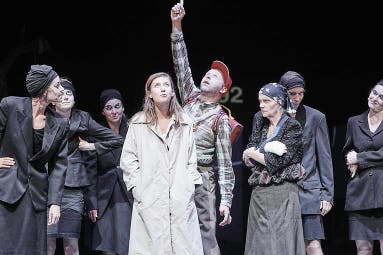 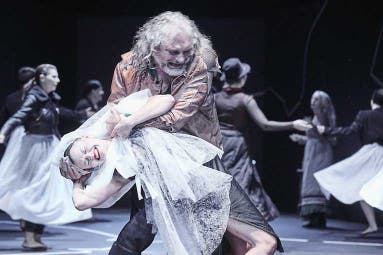 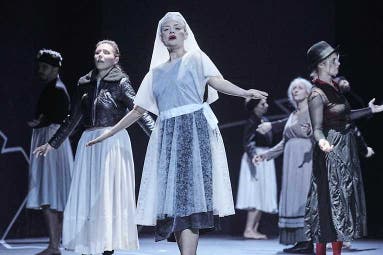 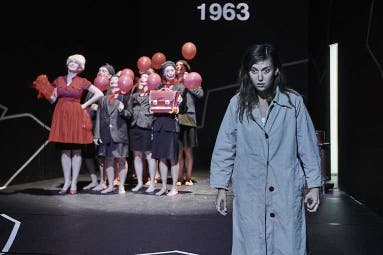 A new theatrical adaptation of the novel about envy, revenge, and a past that cannot be escaped.

Kateřina Tučková‘s novel about witches from the Moravian village of Žítková is written freely according to real events and crossreferenced with a number of historical documents. At the same time, it doubles as a riveting detective story about finding the past, uncovering unpleasant truths, and finding the roots of one’s identity. Historical facts intertwine here with fiction, and the result is a stunning and almost explosive story about witch trials, fanatical preachers, and traditional village life with Nazi occultists, collaborators, and communist snitches.

The novel has rightly become one of the greatest Czech literary events in recent history, having won a number of prestigious awards, ranked among the most widely read Czech literary works, and been translated into more than twelve languages. In this remarkable story, Dora Ides must keep the secrets and roots of the Žítkov goddesses – women who, with the help of their inherited knowledge and experience from previous generations, can heal and predict the future – amid unexpected challenges and connections. This testament to the simultaneously hidden and indisputable power of women will be presented in a new theater adaptation at the Pod Palmovkou Theater.