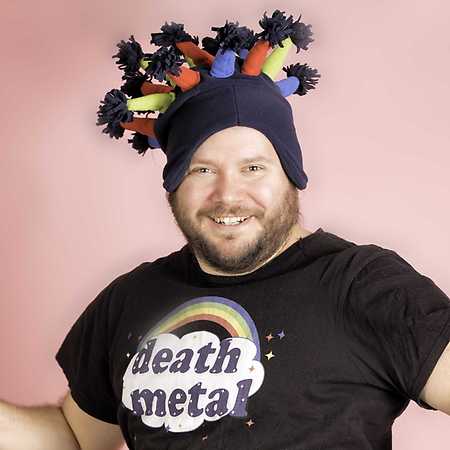 Zenek is a a musician known for his activity in the band Kabanos, who knows no framework, no limits. It’s a hungry, unbridled, creative beast drained from the chain of conventions, laws and rules of the music market, which treats music like his sandbox. In just two years he has recorded 5 solo albums, including a groove-metal album in an imaginary language and a pink children’s record with a unicorn on the cover. He wrote and recorded his fifth album in 14 days and released it before his fourth. No wonder that his flagship song is the track Zdrowo jebnięty (Properly Fucked), whose music video depicts him playing in mud in a Deadpool costume. Zenek’s sixth album Albo grubo, albo wcale was released on 33 August 2018.