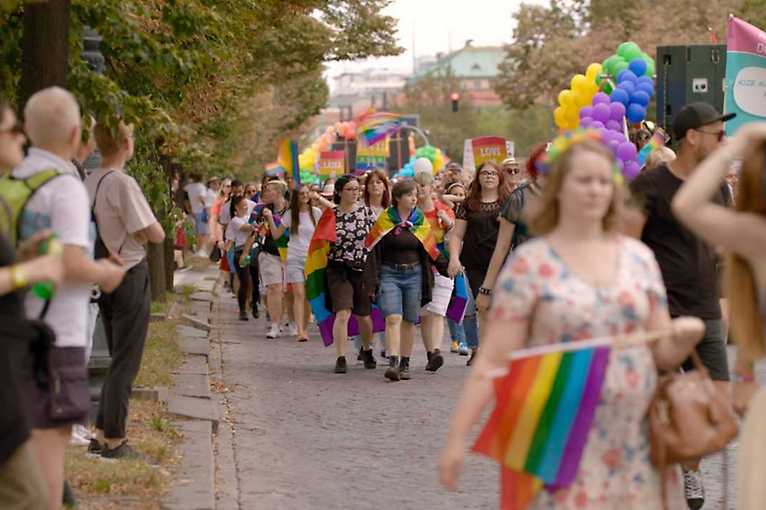 The movie “The Law of Love” will be screened in the form of an online stream “My Cinema Live”.

The Law of Love / Barbora Chalupová / Czechia 2021 / 89 min / Czech – Barbora Chalupová, co-director of the successful Caught in the Net, tracks activists from We Are Fair as they strive towards a ground-breaking decision that would make Czechia the first former Eastern bloc country to institute “marriage for all”. The film follows the society-wide debate, including Prague Pride, televised clashes and parliamentary discussions aimed at a crucial vote. Czechia likes to come across as a liberal, open country, where everyone at least tolerates everyone else, but a cursory glance below the surface shows a more complex, much less friendly, reality. A clash between the progressive and conservative parts of the populace is inevitable even here, and sometimes the proverbial “tolerance” doesn’t cross the boundaries of mere statements.