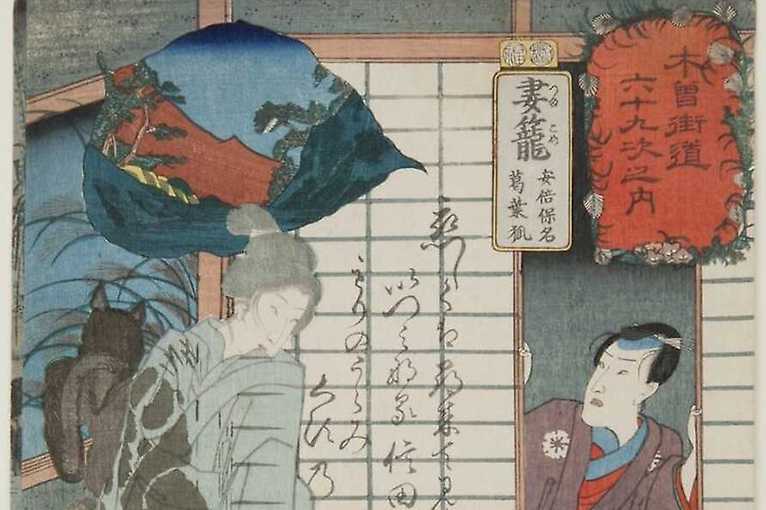 Kabuki theater is loved by Japanese and foreigners alike. Magnificent characterizations, exaggerated characters: initially kabuki plays, due to their obviousness, were aimed at the poorer strata of society, but over time they became one of the most popular and beloved forms of entertainment by the Japanese people. Edo, due to its characteristics and the policies of the shogunate, very quickly developed a class of wealthy bourgeoisie that became the recipient group for all forms of culture. The colorful world of kabuki actors was fondly portrayed by Utagawa Kunisada – his woodcuts perfectly reflect the stage expressions of the characters and are also a wonderful reflection of the spirit of the era. Kuniyoshi competed with Kunisada – both artists came from the famous Utagawa school and fought for the public’s recognition for many years.

Hosted by: Maja Wolniewska – art historian, curator, critic. Author of numerous publications and reviews, she cooperated, among others, with Szum magazine and the Niezła Sztuka portal. During her MA studies she conducted research on Japanese aesthetics and sense of beauty, basing her research primarily on ukiyo-e woodcuts. Her fascination with Japanese art was sparked by the exhibition Utagawa Kuniyoshi. In the World of Legends and Fantasy, organized by the National Museum in Krakow in 2011. Since 2019, she has been associated with the Artistic Journey of Hestia Foundation, where she is primarily responsible for the exhibition schedule at the ERGO Hestia Art Pavilion and the Foundation’s art branding program.