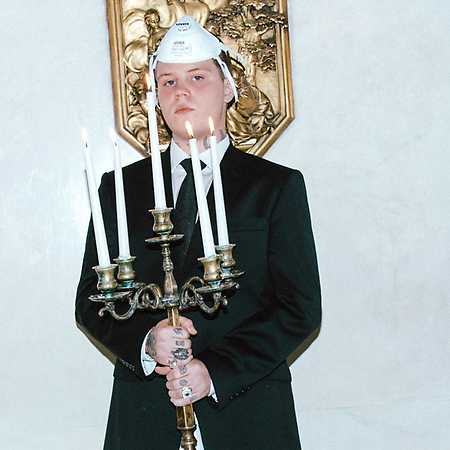 The cult Swedish rapper and producer is an enigmatic and complex creature. His hollow sounds capture a sentiment of young infatuation with sadness – blending inspirations from Ingmar Bergman and Nordic folklore, with hyper-reality and the future.

One of the first Swedish rappers to break across the globe, Yung Lean kicked off his career with the Sad Boys, a crew with a name that reflected the melancholic nature of Lean’s music. Born Jonatan Leandoer Håstad, Lean was 16 when he joined producers Yung Gud and Yung Sherman in the Sad Boys around 2012. A year later, the crew was releasing tracks under Yung Lean’s name, including Ginseng Strip 2002, which earned two million views after it became a viral hit. The Unknown Death 2002 mixtape landed that same year, along with the Lavender EP, which gave Ginseng Strip 2002 an official release. His official debut full-length, Unknown Memory, followed in 2014 and peaked within the Top 40 of the U.S. Heatseekers, Top R&B/hip-hop, and rap charts. The effort was supported by a tour of Europe and North America. A year later he cut the Crystal Clear Ice single for the Adult Swim label and issued his sophomore album, Warlord. That same year, he released the Frost God mixtape, which featured an appearance by A$AP Ferg on Crystal City. In 2017, Lean began his shift away from the darker side of cloud rap into more overtly mainstream pop-trap territory on his third album, Stranger.