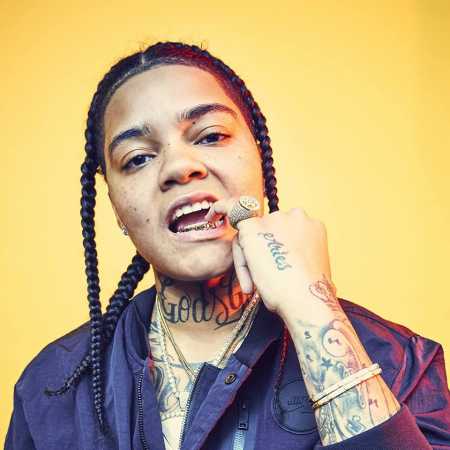 Katorah Marrero, better known by her stage name Young M.A, is an American rapper and entrepreneur.
She first gained widespread recognition with the release of the now triple-platinum hit single Ooouuu, breaking the top 20 of the Billboard Hot 100, boasting 150 000 radio spins and 300 million YouTube views on the music video.

After the success of her debut single, Young M.A was nominated for BET and MTV Artist of the Year and Female Hip-Hop Artist of the Year awards. She began appearing on magazine covers and in 2016 opened for Beyoncé at MetLife Stadium. In 2017 she sold out her North American tour with rapper 21 Savage.

In 2018, Young M.A was featured on the Forbes 30 Under 30, the same year she launched the KWEENZ Foundation with her mother.