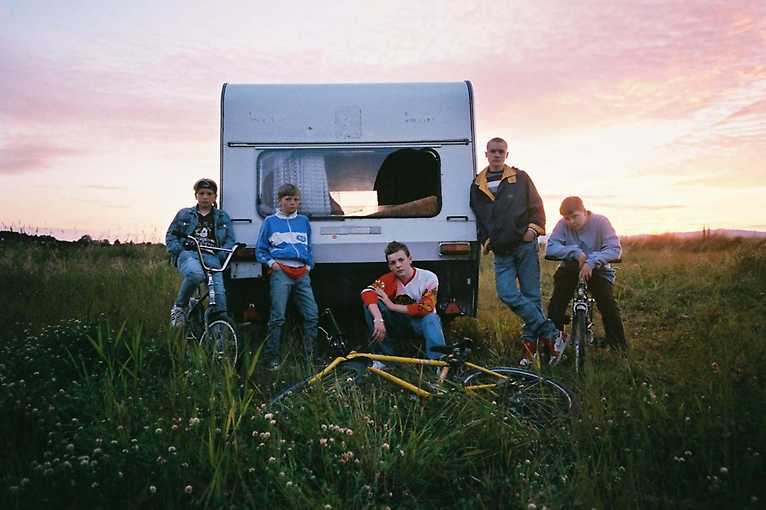 FragMANts / Neozoon / Germany 2019 / 6 min. – People worship consumerism the same way they worship holy relics. Religion becomes a shallow and pointless part of consumerism. Smart computers, luxurious watches, and expensive purses reflect our yearning for perfection and the dream of fitting in. This is how he becomes an empty reflection of ourselves. The female group Neozoon uses principles of collage to immerse us in poignant social themes.

Sagrada Família / Margarida Lucas / Portugal / 21 min. – A bitter comedy about the story of one family with five brothers, a single mother, and a grandmother who all live in a small apartment in Lisbon, Portugal. Bela, the mother, is constantly unemployed and full of rich imagination. 19 years old Liliana has a drug addiction and has trouble in school. 21 years old Zé works in a grocery store. An 11-years-old Artur might be pensive and has to take care of the twins, Gil and Ricardo, however, he’s also the most responsible person in the household. And we can’t forget about the grandmother, Dona Laura, a peculiar old lady who loves football. Things become complicated when the mascot of the local football club disappears and the club’s participation in the championship becomes threatened.

Mémorable / Bruno Collet / France / 12 min. – Louis the painter and his wife are a sweet couple. But Louis’ world starts crumbling and loses its meaning and form. The advanced stage of Alzheimer’s throws him into the spiral of the loss of memories, thoughts, and symbols around him until he becomes a stranger to his own mirror image. His deep love for Michelle is the only thing left.

Ikki illa meint / Andrias Høgenni / Denmark / 21 min. – Elinborg accidentally runs into Marita in a grocery store. The conversation is pleasant until Marita realizes that Elinborg forgot her birthday. Marita is angry for another reason, though. Why did Elinborg block her on Facebook? And why doesn’t she want to talk about it? What begins as a regular conversation can easily turn into a confrontation of entire friendship.

Warum schnecken keine beine haben / Aline Höchli / Germany / 10 min. – Slugs have trouble keeping up with the rest of the insect world. Their slowness is annoying to everyone, especially in the world of workaholics. Different speeds aren’t allowed and when financial crisis strikes, the bees have to increase productivity the only way they know how…