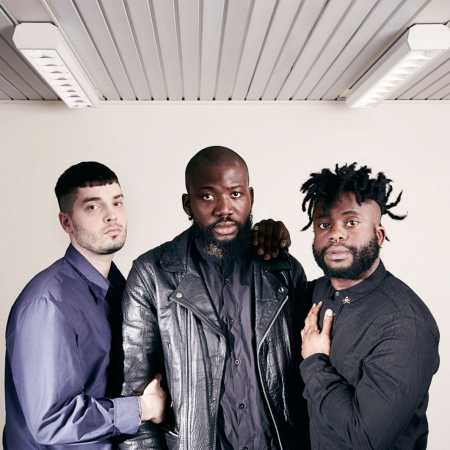 Young Fathers  In My View

Young Fathers are a band based in Edinburgh, Scotland. In 2014, they won the Mercury Prize for their debut album Dead. Formed in Edinburgh, Scotland in 2008 by Alloysious Massaquoi, Kayus Bankole and Graham ‘G’ Hastings, the group started performing in nightclubs when the band members were all in their teens. In 2012, they signed to LA based label, Anticon and released their introductory mixtapes, Tape One and Tape Two, with Tape Two winning the Scottish Album of the Year Award (‘The SAY Award’). The trio then signed to Big Dada and released their debut album, Dead in 2014. The album gained a lot of critical attention and went on to win the prestigious Mercury Prize. Dead entered the UK charts at 35 and topped the independent UK album charts. Following an extensive world tour the band decamped to Berlin to begin work on their sophomore album, White Men Are Black Men Too, which was released in April 2015. In 2016, the band were invited to support Massive Attack on their UK and European tour after working together on Massive Attack’s single Voodoo In My Blood, taken from their Ritual Spirit EP, which was released January 2016.