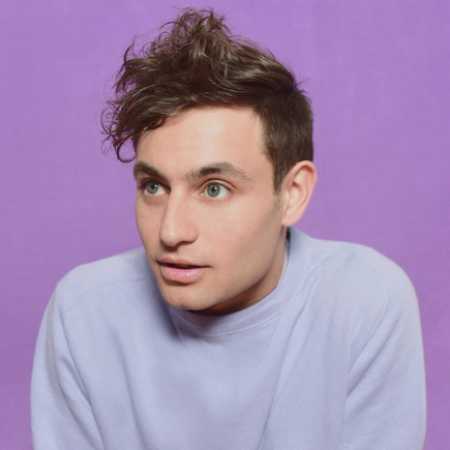 With a rousing style of indie pop that plays to the back rows of the festival crowd, Yoke Lore is the solo project of Adrian Galvin, formerly of Walk the Moon and his previous solo project, Yellerkin. Raised in Katonah, New York by a director and an actor/sculptor, Galvin was encouraged to explore the visual and performing arts in his youth, eventually focusing on both playing drums and dance. He was a contributing songwriter to Walk the Moon while in college and went solo with Yellerkin in 2013. Featuring bright, harmonic anthems and thudding drums, his first EP as Yoke Lore, Far Shore, was released in the spring of 2016 by B3SCI Records. Its songs were quickly licensed for series on MTV and Netflix. By then based in Brooklyn, where he also co-founded the dance troupe Boomerang, his song Hold Me Down garnered seven-figure streams before the end of the year. In early 2017, he released the single World Wings shortly before making his SXSW festival debut and touring the U.S. in support of Overcoats. The song later appeared on his follow-up EP, Goodpain, which was released in June of that year. In 2018, Galvin issued additional singles Fake You and Cut and Run.