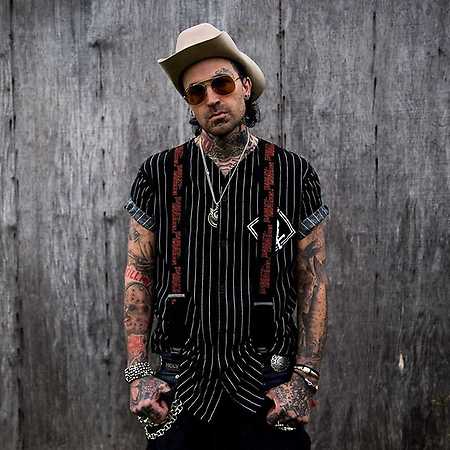 Michael Wayne Atha, better known by his stage name Yelawolf, is an American rapper, singer, and songwriter. Born and raised in Gadsden, Alabama, Atha embarked on his career in 2005. In the pantheon of hip-hop, few artists stand out like the Ghetto Cowboy, Alabama’s Yelawolf. Stylistically, Catfish Billy has worn his varied influences on his sleeve, drawing from country music, hip-hop, rock, and metal. Fans likely remember the emergence of “Pop The Trunk,” an intimidating slice of life that catapulted Yela into the game. Since then, he’s released five studio albums, including the brand new Ghetto Cowboy, his first since departing from Eminem’s imprint Shady Records. Wolf also celebrates a breakout year for his distinctive whiskey brand, Creek Water.