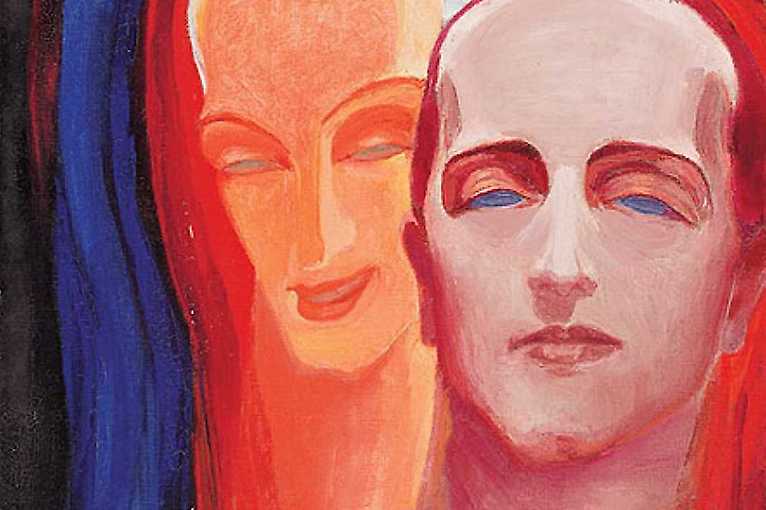 Xawery Dunikowski. Painting is the first exhibition devoted to this lesser-known field of his work. In addition to his paintings, the exhibition will feature the artist’s drawing and painting sketches, as well as photograms and reportage photographs by Zygmunt Szargut-Szarek and Jerzy Langda. The exhibition was preceded by extensive conservation work. The exhibition will be accompanied by a rich educational program and a series of lectures.

For Dunikowski, primarily a sculptor, painting was an important part of his artistic activity. He aimed to be a versatile artist. In his paintings he talked about his personal feelings and experiences, which he did not want, or for various reasons could not, translate into the language of sculptural forms. I would look pretty if I couldn’t paint. Thanks to the fact that I can paint, I can also sculpt, said Dunikowski. Paintings were also an expression of his love and attachment to people close to him, including his daughter Maria.

Dunikowski showed interest in painting already as a student of the School of Fine Arts in Krakow, when among others, he participated in the open air painting workshops of Jan Stanisławski. He exhibited his first paintings in Paris in 1915, and in the 1930s he presented them more and more frequently in public. In 1938 he devoted almost an entire exhibition to them at the Warsaw Institute of Art Propaganda. The press of the time emphasized the sensational nature of the event, and Dunikowski’s paintings came as a real surprise to the public. After World War II, tired of the controversy surrounding his monuments, Dunikowski turned more and more often to painting. An example of his work from 1948-1955 is a series devoted to the artist’s traumatic experiences in Auschwitz. These include the canvases Christmas in Auschwitz in 1944 (1950), Orkiestra (1955), Ruszty (1955), and The Road to Freedom (ca. 1955). The Oświęcim series is a unique and dramatic story by a camp inmate about the crimes he witnessed. Echoes of his wartime experiences, whose main message is a warning against the futility of armed struggle and nuclear war, are reflected in his canvases from the 1950s in the cycles: Music, Cacti, and Abstract Compositions. The artist always took sketchbooks and painting accessories with him on his many trips. He was fond of drawing and painting landscapes of Krynica, Jurata and other visited places and portraits of people he met there. In 1957 in Nieborów he became fascinated by the prehistoric sculptures in the local park. He devoted a painting series to them titled Baby Nieborowskie. At the same time he worked on the symbolic composition Man in Cosmos (Man in the Sky). This is one of the most important works in Dunikowski’s oeuvre, an expression of the artist’s longing and aspiration to grasp, as he himself said, the mystery of the existence of this mysterious, unknown being. Despite the important role of this work in the artist’s entire oeuvre, the painting has not been publicly exhibited for sixty years.