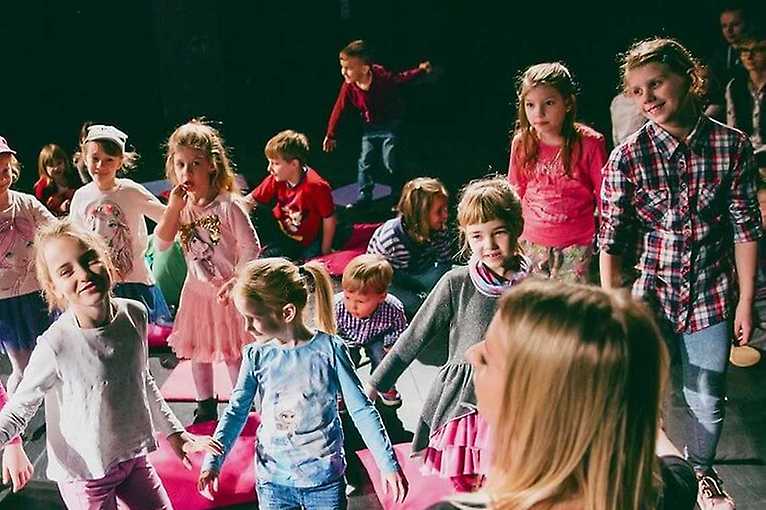 WymyBaja is a performance improvised and co-created by children. The actors will be ready to fulfill all the harvest of children’s imagination, to impersonate characters invented by the children’s audience, and to play out the fates of the characters, which will also be dictated by the children. The whole story is thus spontaneously created by the little ones. The WymyBaja is, above all, working with children’s imagination and creativity. It is a unique performance, which children will not only watch, but also create. The show is organized by the WymyWammy theater, which is associated with the Municipal Cultural Center in Bydgoszcz. It consists of Katarzyna Chmara, Alicja Dobrowolna, Agnieszka Szałkowska and Jagoda Ptaszyńska. During improvised shows they construct theatrical reality spontaneously, without a script, reacting to unpredictable, uninhibited suggestions of the audience. They expand the boundaries of theater and spread improv enthusiasm. The theater has performed hundreds of shows, both in Poland and abroad. They have appeared at many festivals, winning awards and distinctions. Apart from performances for adults and children, they organize workshops and improvisation trainings, as well as the International Festival of Improvised Theatres Improdrom.