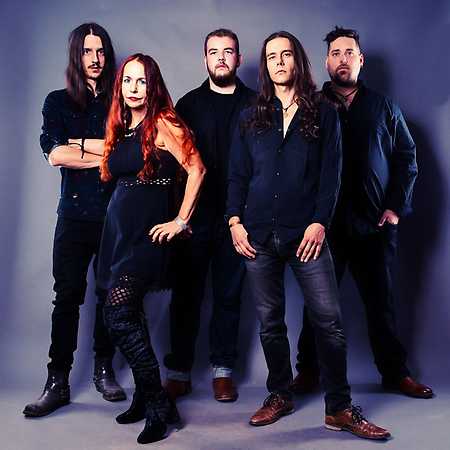 WolveSpirit is a German rock band from Würzburg. In 2009, the brothers Oliver and Richard Eberlein, and the American Debbie Craft founded the band WolveSpirit, after they had previously played together in various formations. After some demo songs were first recorded, the Greek label Sleaszy Rider Records signed the band and released their debut album Spirit Metal in 2011. Dissatisfied with the collaboration, WolveSpirit quit the contract with Sleaszy Rider Records later that year. WolveSpirit got in touch with producer Michael Wagener, who decided to collaborate with the group, with new demo material. Their second album Dreamcatcher was produced by the band in their own Spirit Stone Studios in 2012, while Michael Wagener took over the mixing. Dreamcatcher was released in 2013 under the label of the band Spirit Stone Records. It was followed by more live performances, especially in Germany with different underground greats and at festivals.