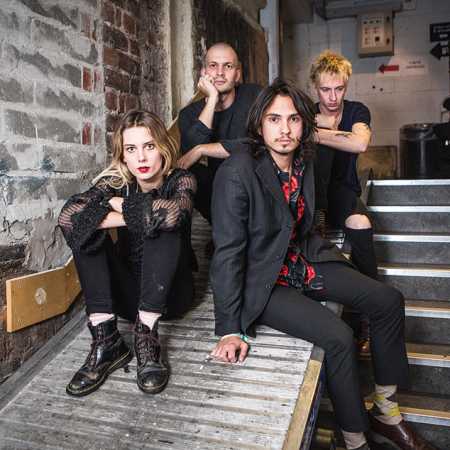 Wolf Alice is an alternative rock band from the north of London, formed in 2010.
Their debut album My Love Is Cool was released in June 2015 und reached number two on the British charts. In the US it got into the top 100. It was suggested for the Mercury Prize 2015.

At the end of 2015 the song Moaning Lisa Smile was nominated for a Grammy Award. the song Silk from the debut album was used in the end credits of the film T2: Trainspotting and is part of the soundtrack.

The band released their second studio album, Visions of a Life, in September 2017. It debuted at number two on the UK Albums Chart, and received universal acclaim from music critics. The album was ranked as one of the best albums of the year by multiple publications and won the 2018 Mercury Prize.