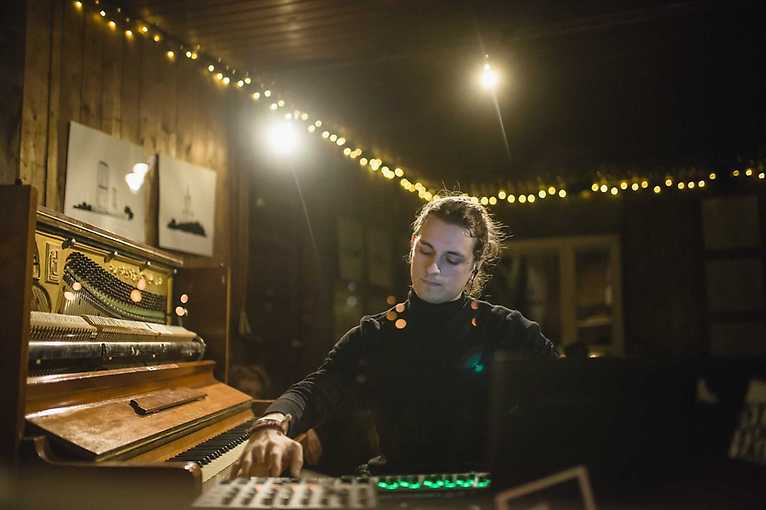 Wojtek Szczepanik is a musician from Tczew. For several years he has been circulating between his hometown and Berlin, where he has been working on new material for the last year. From techno events to performances in the best concert halls in Poland, the musical evolution of the pianist Wojtek Szczepanik is intriguing and continuous. After giving up his career as a professional skateboarder because of too many injuries, Wojtek decided to take the music seriously. Pushed by his passion for composing, he invested in his musical development, but the decision to devote himself to music was made after an unfortunate theft in Paris, when, in order to earn a return ticket, Wojtek started playing at the Gare du Nord railway station. He combines his compositional passion with his architectural studies. The understanding of space and sound is well heard in his works. He approaches music with intuitive reflection, rare in such young artists. His latest album Instinct was recorded in a wooden church and released by the Swedish label 1631 Recordings. The release was crowned with a long series of concerts and a performance at the Open’er Festival 2018. Today it focuses on the intimate sound of the piano, although it does not avoid synthesizers and electronics. More and more often he uses electronic instruments, which play a significant role in his work.