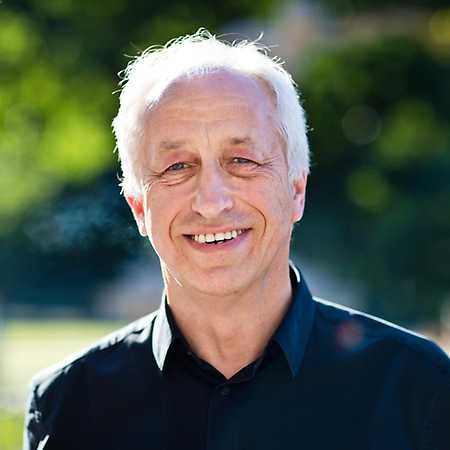 Władysław Kłosiewicz is a Polish conductor, harpsichordist and recognised interpreter of early music. A graduate of the Warsaw Academy of Music and Accademia Musicale Chigiana in Siena. The last student of Ruggero Gerlin (1899-1983), Wanda Landowska’s assistant and closest collaborator. Winner of international harpsichord competitions in Paris (1981), Paris-Dijon (1983) and ARD in Munich (1984). He performs in many countries, taking part in the most important festivals and collaborating with the most eminent soloists and conductors specialising in 17th and 18th century music performance. Since 1993, he has led the Musicae Antiquae Collegium Varsoviense baroque orchestra of the Warsaw Chamber Opera, and since 2004 he has been directing his own international ensemble specialising in early music performance – Narol Baroque.

As a conductor, he is the author and artistic director of the first Polish production of all Claudio Monteverdi’s stage works, as well as his vespers Vespro della Beata Vergine, Georg Friedrich Handel’s operas Rinaldo, Imeneo and Julius Caesar, and many other operatic works of the Baroque era (including the first ever opera – Jacopo Peri’s Euridice from 1600). His phonographic output includes the complete harpsichord works of Louis Couperin and Jean-Philippe Rameau, the partitas and Goldberg Variations of Johann Sebastian Bach (Fryderyk 2000), works by Johann Jakob Froberger, sonatas by Domenico Scarlatti and the biggest release of Polish phonography: the complete works of François Couperin (13 CDs, Fryderyk 2014).

Between 1987 and 2004 he was full professor of harpsichord and baroque music interpretation at the Universitaet fuer Musik und darstellende Kunst in Graz, Austria; since 1981 he has also lectured at the Fryderyk Chopin University of Music in Warsaw. He has sat on the jury of international harpsichord competitions. Founder and Chairman of the Board of the Pro Academia Narolense Foundation, which was awarded First Prize in the PRO PUBLICO BONO Competition for the Best Civil Initiative in the category of initiatives for Polish culture and national heritage.